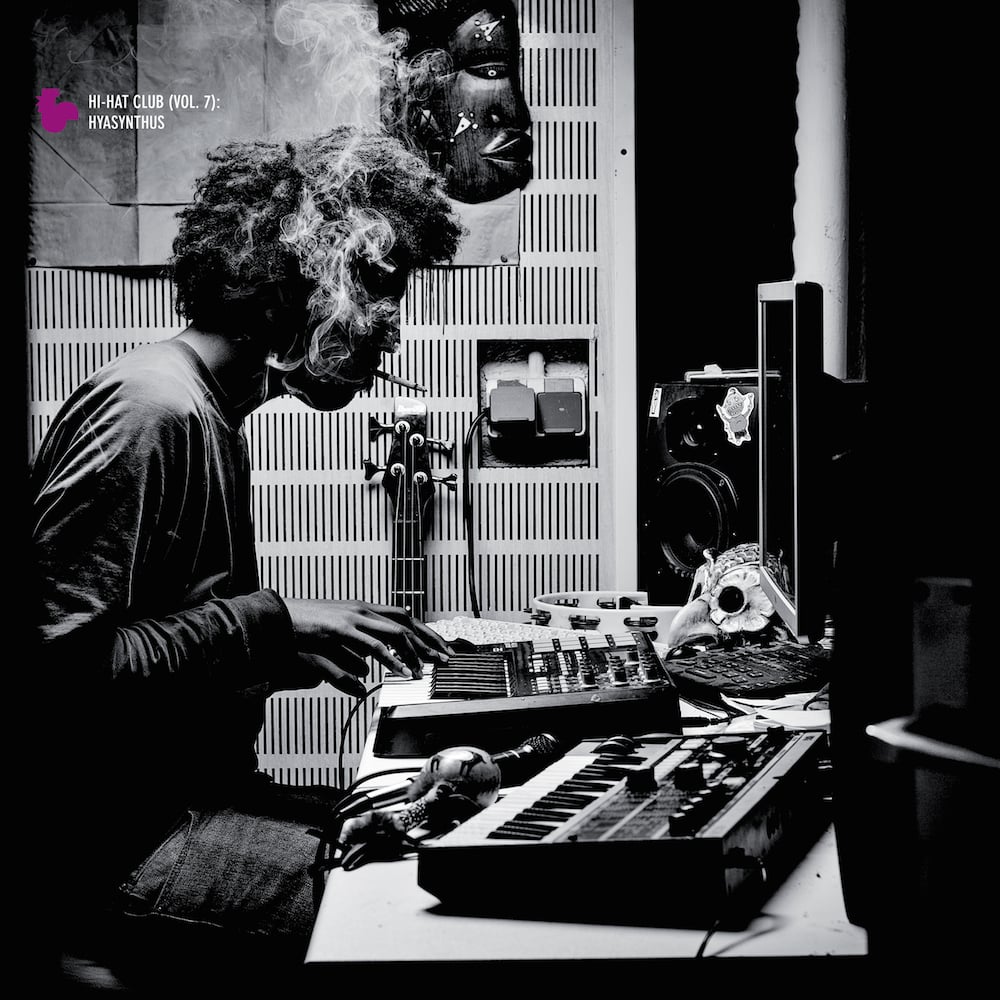 After a two year hiatus, the Hi-Ht Club returns with Volume 7 of the Melting Pot Music producer series. Back in 2009 MPM hooked-up with photographer Robert Winter with the mission to give the burgeoning producer scene a new platform and a good look too. The Hi-Hat Club layed the foundation of the German beatmaker scene of today and kicked off the careers of artits like Twit-One, Suff Daddy, Dexter, Brenk Sinatra, Fid Mella and Full Crate.Fast forward to 2015, an instrumental hip-hop record is not so special anymore. Everybody and their mother is doing beats now - from boom- bap to future beats to whatever. The scene has never been more vibrant and great records are dropping left, right and center.It would heve been easy to fit in here with a new Hi-Hat Club record. But we wanted to look a bit further, take a few more risks and release a record that doesn't care too much about what's poppin right now. And we believe that "Hyasynthus" is such a record. We have been fans of Knowsum for a while now and the 22 year old Sichtexot diciple has blessed us with an album that demands a lot from his listener but gives back as much. If not double. Some people might ask if this is still hip- hop but we couldn't care less ... This cat is on his own ish for real!