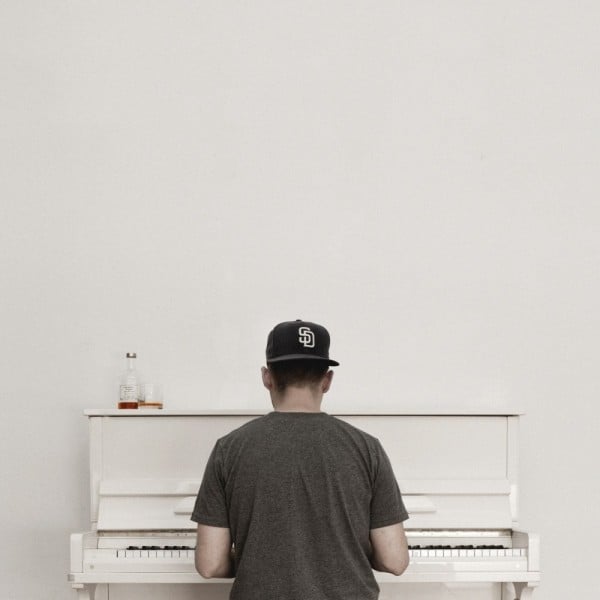 Suff Daddy from Berlin is leading the pack of the new wave of German beat producers like Dexter, Brenk Sinatra, Twit One and Flako. "Suff Sells" is his third album after "Hi-Hat Club Vol.2 - Suff Draft" and "Gin Diaries". Features by Miles Bonny, Elzhi, Phat Kat, Fleur Earth, Vertual Vertigo, Twit One and Hulk Hodn. Suff Daddy songs have been used in Adidas commercials and can be heard in the UK cult series "Shameless" and tv programms like the German science magazine "Gallileo". Suff Daddy has produced and remixed artists like Gulity Simpson, Phat Kat, Sola Rosa, Flo Mega and Morlockk Dilemma. On "Suff Sells" he is giving the fans what they want: 29 brand-new Suff Daddy joints in a drunken boom bap style. Fuelled by crackling old records, weed and sick micro korg licks. A couple of vocals cuts are thrown into the mix too but it's all about the beat and the vibe here.

Step into the world of Suff Daddy...
Life can be easy when you are Suff Daddy. You get up late and roll a phat one. You switch on your MacBook and chop some samples. Pour yourself a drink and twist the Micro Korg. Upload the track on the MPM server and let it marinate there for a minute. Miles Bonny, Elzhi or Fleur Earth may add some vocals later on. If it is a tuesday night you pack up your gear and head to Beat Geeks, the producer hang-out in Berlin Kreuzberg that you host. If it is a Friday or Saturday chances are good that you jump on the ICE train and head to Cologne, Hamburg, Vienna or Zürich for a gig. You play Splash Festival, Beat BBQ, Hip-Hop Kemp and the Hi-Hat Club and do tours with Miles Bonny. No matter where you go, people welcome you with free weed and liqour. You hang out with your producer friends Brenk Sinatra, Twit One, Dexter, DJ Day or Hulk Hodn and talk beats, rhymes and life. When your new record is ready, HHV pre-order a 1.000 + copies and produce a free t-shirt. You sign sponsorship deals with the San Diego Padres, Tanqueray, Carhartt and Louis Vuitton...

In short: you are having the time of your life if you don't take in account the beat blocks, hang-overs, shitty sound systems, shady promoters, filthy hotel rooms, crowded trains, colds, black-outs and long weekends away from your girl. But some this might chance soon. Suff Daddy will move from Berlin to Sydney this summer ....