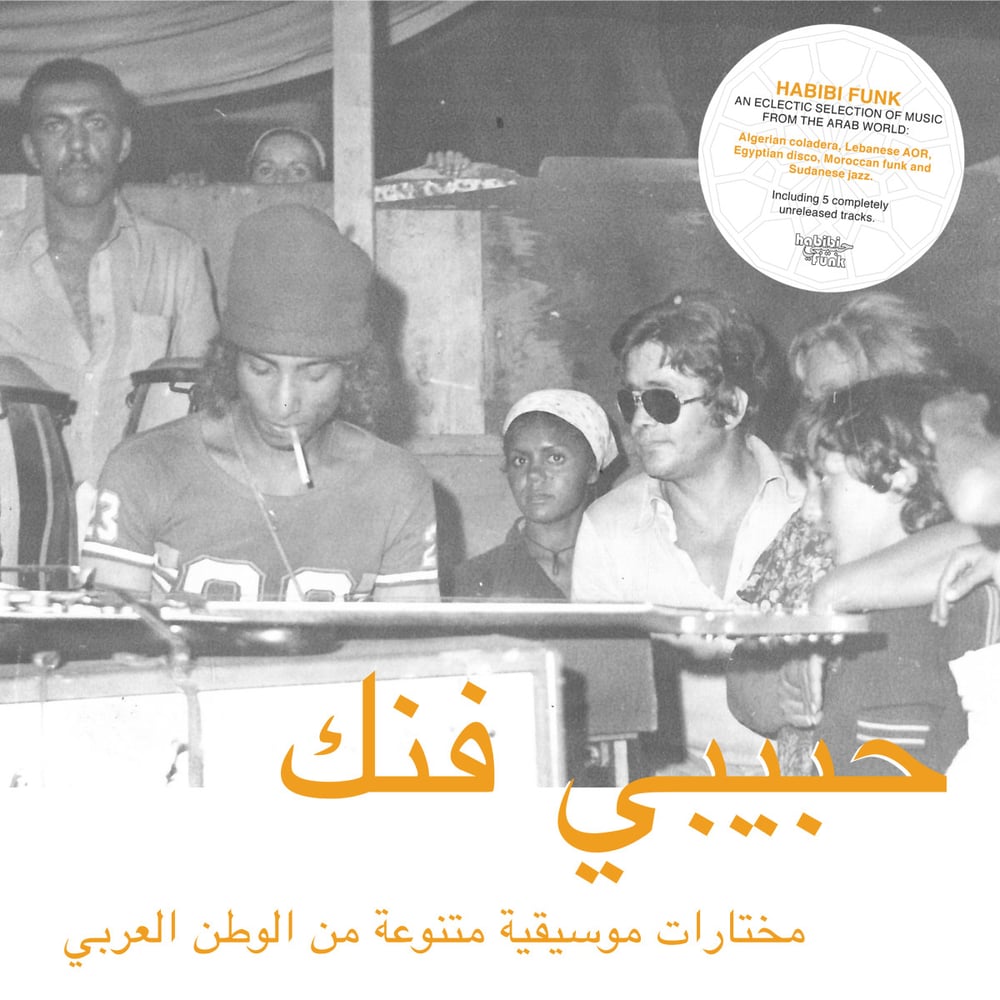 Habibi Funk is dedicated to re-releasing a style of music that historically never existed as a musical genre. We use the term to describe a certain sound that we like from the countries of the Arab world. The songs we chose were created in places quite far from another and under very different circumstances. Some were written and recorded during war times, others in exile. Despite the differences we think there is a musical connection between them. Essentially, we are interested in the musical endeavors, in which artists from the Arab world mixed local and regional influences with musical interests that came from outside of the region. Even though the name suggests it’s all about funk music, our focus is more than just that. Often these influences might be inspired from Western popular music such as soul, pop and rock but it’s not limited to that either. Some of our favorite records are best described as Arabic zouk (a genre originating from the Caribbean islands of Martinique and Guadeloupe) like Mallek Mohamed’s music, Algerian coladera (a popular musical style from the Cape Verdean islands) or Lebanese AOR, which means the process of musical influences displayed on this compilation was much more versatile than just taking Western music as a blueprint and translating it with a local accent. The compilation features 15 different artists. Some you might already know thru Habibi Funk’s releases like Fadoul, Ahmed Malek, Dalton or Al Massrieen, while others are meant as an introduction to artists like Kamal Keila, Sharhabeel Ahmed, Attarazat Addahabia & Mallek Mohamed who will all release full length albums on Habibi Funk in 2018.

In todays world there are still many stereotypical conceptions to be found when it comes to the Arab world. Contrary to what a lot of Western narratives and media suggest, the Arab world we got to know through extensive traveling in several countries of North Africa and the Middle East, is a very versatile terrain. A place full of different stories, ideas and beliefs. And we hope that the music we release helps as a tiny, tiny piece of a larger puzzle to establish a diverse, more nuanced yet adequate idea of how musically vibrant this very diverse region once has been and also still is. At the same time we do not want anyone to misunderstand this compilation as a selection of songs to represent Arabic musical history of the 1970s and 1980s. This compilation is nothing more than a very personal curation of songs we like and in no way reflects on what has been popular in a general sense.

All tracks on this compilation are directly licensed from the artist or, in the case of artists who are sadly no longer alive, from the artist’s family. There are three exceptions: Hamid Al Shaeri’s track was licensed from SLAM! and the tracks from Belbao and Attarazat Addahabia were both licensed from Boussiphone. As a European label dealing with non-western artists we try to be aware of the responsibilities that derive within the making, seen from a post-colonial point of view by demanding ourselves not to reproduce exploitative economic patterns. We split all of the profits from our releases equally with the artists without deducting any costs that are not directly related to the release .Our agreements are license deals with limited terms after which the rights fall back to the artist or the artist’s families. We think it is important in today's reissue market, where too many shady business transactions happen, to be transparent about our licensing policies.

The CD version comes with a 24 page booklet with liner notes, infos about all artist and releases. The double vinyl will have a 12 page booklet in 12“ size with the same content.