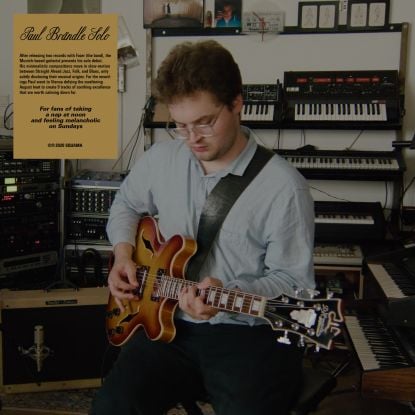 After releasing two records with the quintet Fazer, German guitarist Paul Brändle presents his solo debut on Squama Recordings. Paul’s minimalist compositions move in slow-motion between Straight Ahead Jazz, Folk, and Blues, only subtly disclosing their musical origins. The album was recorded in Vienna during the annual ‘Hundstage’, a period in the summer during which the whole city succumbs to the sweltering heat. Short on oxygen, but not on ideas, Paul created 9 tracks of soothing excellence that are worth calming down for.