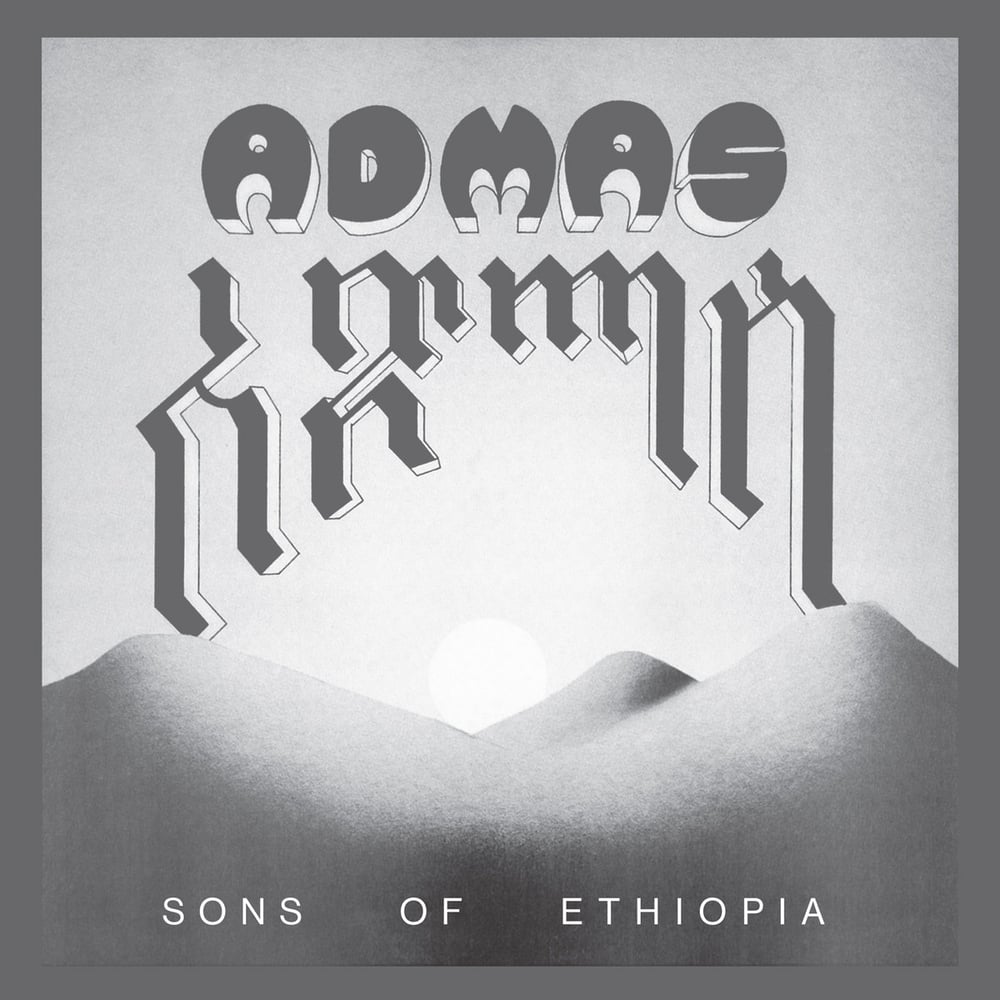 Sons of Ethiopia is a fascinating piece of the Ethiopian musical puzzle. Emerging from the community of Ethiopian exiles who had been scattered to the winds by the brutality of the Derg – the military dictatorship that had deposed Haile Selassie – the album was the sound of a new generation. The members of Admas were not musicians from the so-called ‘golden age’: they were children of the terror and propaganda of the Derg time – an era of state-sponsored neighbourhood bands and a propaganda-tinged traditional music scene, where the weekends were sound-tracked by the remaining hotel groups of a bygone Imperial world.

An instrumental album, rich with global influences, Sons of Ethiopia is one of the few Ethiopian recordings to have been produced outside Ethiopia in the early 1980s. As such, it is a key document of the Washington DC exile scene. The core members of Admas – Tewodros ‘Teddy’ Aklilu, Henock Temesgen, and Abegasu Shiota – had previously played in a group called Gasha, one of the few Ethiopian bands working regularly in DC during the early 1980s. Admas was born from Gasha, as an outlet for their more experimental instincts. Though they played as a backing group for singers (including Aster Aweke), the music on Sons of Ethiopia was never performed live.

Exiled in DC, far from the stifling propaganda and state terror of Derg-ruled Ethiopia, Admas took Ethiopian popular music into wholly new territory. Sons of Ethiopia is infused with broader musical influences than any other Ethiopian recording of the time. Having established a residency at the Red Sea restaurant in the early 1980s, the Admas players were steeped in the polyglot musical culture of the American capital. The diverse sonic influences of the city filter into the music, making the album a radically modern work of Ethiopian fusion. Mulatu, Girma Beyene and their peers in 1960s Addis Ababa had created an Ethiopian pop sound by using rhythms from Latin music, soul and jazz. Admas threw their net wider still, adding highlife, electro, go-go, samba, and roots reggae to the mix.

Sons of Ethiopia is the only recording of its time to capture young Ethiopian musicians in the US, cutting loose on their own thing. It is the fresh sound of youth, freedom and imagination, which the band made for themselves and by themselves, owning every part of the process. But it is also a music of exile, made by players who performed week in week out for crowds of their fellow Ethiopians, many of whom had lost family and friends to the Derg, and had often fled to the US in fear for their lives. Sons of Ethiopia channels this loss, longing and hope, and it is imbued with the melancholy and nostalgia so typical of Ethiopian song. A joyful work of synthesis and experiment it may be, but its roots run deep.