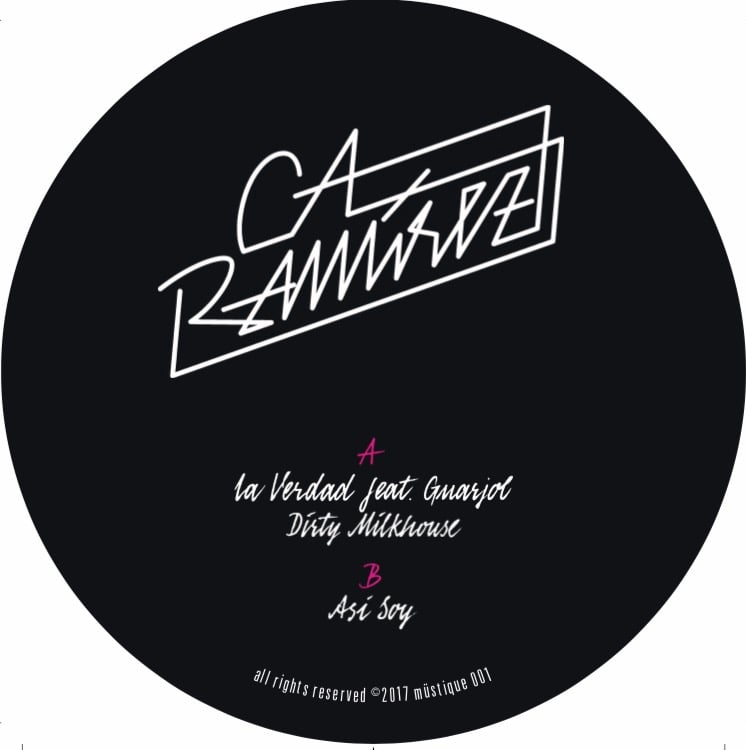 If you ever had the chance to dance while C.A. Ramirez drives the controls, you know what kind of DJ he is. Far out, always around, full of soul & passion and driven by one goal: to unite them all.
Since more than two decades he is digging and playing wax around the world. And he had a label called Sin & Soul, on which he released together with the Cologne based producer Pascal Schäfer as part of the duo No Theory and published touching edits without credits. Too much sin and too much soul ran out of control, and the imprint went out of print.
His latest sensation was a 7inch together with his pal Tito Wun on Money $EX in 2016. Some say they became a different person since they heard it.
Now C.A. Ramirez joined the freshly formed Müstique tribe and donates three tracks for all the jacks. Call them house, call them jazz, call them soul, call them cosmic delicacies – do what you want to do and be what you are. Only one thing shall be mentioned: be careful. This record can be a life shaper.